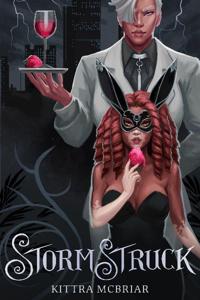 Just out of college with no job and no useful connections, Ashwyn Fleetwood's not far off from having to move back in with her oppressive mother. So, when she finds out that Elizabeth Jonathen Butler--the most renowned businesswoman and inventor alive--is hiring an assistant, she jumps at the chance to interview.
But E.J. Butler is more than Ash ever could have expected or imagined.More brilliant. More beautiful.More than human.
As an Umbran, E.J. is one of the elites of society. One who's undergone and survived the dangerous and mysterious ritual that extends life and grants incredible powers. Powers that allow her to see straight through Ash's facade and into her true self.
From the day of the interview forward, Ashwyn's irrevocably locked in E.J.'s increasingly perilous orbit. And the deeper in love she falls, the clearer it becomes that to survive in the monstrous world of Umbrans, she may just have to become more than human herself.