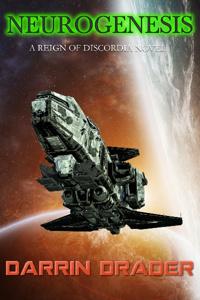 The galactic Imperium fell five years ago, and civilized worlds have been under threat from the warlike R'Tillek ever since. Steven Cline and the crew of the Aisling are called in to bring back an ancient weapon rumored to exist, but is lost to the dusts of time. But they are not the only ones in the hunt. Cline's lover and a religious zealot from an alien religion add to the complications. But when the first officer comes down with an incurable and fatal disease, the stakes become personal.
This is the first novel of Reign of Discordia, a future where the evil galactic empire has fallen and nothing has stepped in put the pieces back together again.