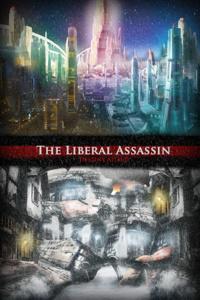 Many galaxies away on a frigid planet called Spxtro, humans are nearly extinct. It is up to the survivors of The Great Combustion to build a new society.800 years later, under the rule of a corrupt Parliament, humanity is once again divided. The rich lived in the Inner City while the poor lived in the Slums where supplies were scarce. Out of curiosity and mischief, Titus sneaks out of the Academy and the Inner City to visit the Slums. There he met a former hitman who taught him the way of the Slums.When Mia Elliot's body turned up in the wastelands near the Slums, Titus vows to find and punish the ones responsible for her gruesome death. Some digging revealed the Parliament's involvement and human experimentation.Can Titus bring down the corrupted Parliament and free Luna from the system?