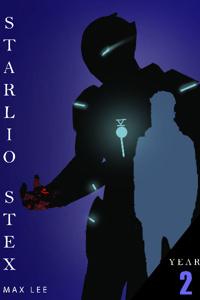 Sequel to Starlio Stex Year 1,
A character whose abilities are inspired by Iron Man,
Once a kid growing up in poverty,Starlio faced against all odds by using his homemade inventions to rescue his friends from a human trafficking ring and following that,used the same inventions to save his school from the same human traffickers who shot up his school as revenge.
The attention of such acts brought him the attention of many big players.Some who wish to be his allies or business partners while others,want his tech and genius for themselves.
Now 7 months later,Starlio is now a millionaire.
Determined to be different,Starlio uses his high tech armor to help out in the city,stopping crime that occur and saving lives when accidents happen.
But with media coverage bringing him unwanted fame,his enemies all now know who he is and everybody wants a slice of his out of the world technology that has giving him the headlines for months.Sending waves after waves of assassins,master thieves and more to steal his technology,Starlio now finds himself facing more odds than ever before,including an ex military veteran Titus,pumped up on a superhuman drug and dawning an equally powerful armor against him...