The Core: The First Guest 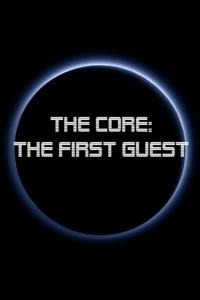 Background details:
So distantly far away there is a race that advanced to the point where they seeded galaxies with pods and connection seeds. They didn't age once they uploaded their bodies into the Core, the center of their civilization and an advanced array of matryoshka brain dyson spheres. While they didn’t age, most still choose to cycle through life and death though at a different scale of time compared to our lives. They can visit other planets and live there as if they were on a "vacation". Mercury is Earth’s hub connected to the Core and many planets closest to the sun are hubs in each galaxy. They absorb and use the heat, broadcasting it to the resident cr in each galaxy.

When the main character was 10 they witnessed a citizen returning to the core. The story continues 10 years later when the same person witnesses a similar situation unfolding and manages to touch the person returning to the core. This causes them to be swept up in the transfer as well and for their mind to join as a "guest" user of the Core. His mind is scanned and an account was issued to him. To become a citizen he must learn about life in this new reality and to contribute something to the core. A "Guest" can only load a simulation of the world from the moment in the past that the Core has recorded. Since the core and a guest account runs at such a high rate of speed the time passing reality is minuscule compared to what can happen in the simulations created by the core. Simulations that are 99.99% as accurate to life as possible since it can predict people's responses near perfectly.