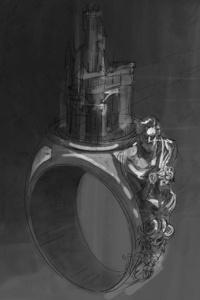 In the lands of Neden, children with gates--birthmarks able to accept and hold the power of soulstones--are collected every five years, when they reach age fifteen to nineteen. It is nearly time for the newest cohort to be celebrated and then conscripted, and with that day looming, those whose lives are about to change wait impatiently for their destiny to arrive...or try to find a way to avoid it:
Cal, a refugee from the nation of Caas, doesn’t want to go to Kellingherth to gain the powers of man, beast, or element, and he certainly doesn’t want to join the war efforts after that. The only things he’s dying for are a good drink, dance, and girl, in no particular order.
His best friend Raff prefers his sweat to come from a hard day training than an evening carousing and wishes Cal did, too. He wants to accomplish more with his life than becoming a simple palace sentry like his estranged father and will do whatever it takes to get there.
And they are just two of many.
When the tenuous peace of the realm is threatened by the arrival of an old enemy, these young chosen will likely be swept up in events rather than prevent them, but the future cannot be known or escaped, only experienced.