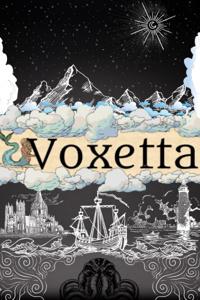 Four young thieves from the slums of Lowtown accept a heist unlike any other. Go to an ancient tomb and steal valuable artifacts. Unknowingly, they embark on an adventure, uncovering mysteries that will change their lives, and the world.
They say the Long Dark was punishment, but for what, nobody seems to know. It plunged Voxetta into a deep night, beneath a blanket of ash, where nothing grew but the longing for a return of dawn. The ash is only a memory now, nearly forgotten, like the ancient ruins of the Emberfolk scattered across a land brimming with such mysteries. A land drenched in secrets and surrounded by turmoiled oceans that many have sought to cross in search of fabled lands, but none have lived to tell the tale.
Raucous songs about the deeds of heroes are sung in tavern halls, only to fade into the silence of remote landscapes where monsters dwell, it is the home of superstition and whispers. The grand cities crowded with palaces thrive and grow, telling a tale of compassion and opportunity, while the pulsing slums at their hearts speak of cruelty and poverty. An ember burns now at the center of Voxetta, one that cannot be extinguished, one that will grow to a bonfire, casting light to the darkest corners of the world. What will it reveal?