A Cryptic Saga: The Avalian Realms 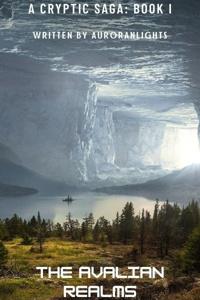 Cenna Valley.
In the eyes of the average person, the coastal college valley is enriched with cities and towns that foster beautiful beaches, social savvy restaurants, long and breezy desert roads, evergreen forest parks, and the popular Cenna Valley University. Through the eyes of one with Cryptic Magic lies a different story. For the past couple of months, Cenna Valley has painted a different picture of the seemingly secluded valley. The clouded peaks of the valley roads are rumored to harbor aerial creatures. The evergreen forests whistle tunes of fairy giggles, and broken pieces of Earth, and t he beaches harbor oceans and sea caves that seem to be glistening more than usual, as shiny scales have been washing up on the isolated parts of the shore.
One thing's for sure: magic is lurking around somewhere, and this tropic valley is in for a mystical awakening.
AuroranLightsCopyright Ⓡ 2021