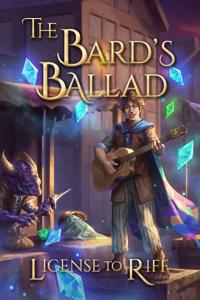 Be careful when demanding reparations from gods. They rarely own up to their mistakes.
Due to a goddess's shortsighted error, Perry finds himself transported to a distant Universe with new proportions and a different identity. Instead of cowering before the deity, he demands she opens a portal home or provides reparations for him and his bereaved family. Unfortunately, standing up for himself doesn't earn Perry respect. Instead, she curses him with cowardice, limiting his combat and magical potential.
Little does the goddess know that nothing can stand in the way of Perry's sheer will. If brute strength and arcane might won't get him the justice he desires, wit and creativity will.
And so begins, the bard's ballad.