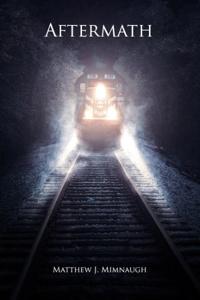 Do you remember puberty? -how hormones warped perspective and understanding? -how changes set you at war with your own body? -how, unlike early childhood, everything became so intense and critical all the time?
Fortunately, we eventually get a handle on these changes. We grow up.
But that's reality.
In the setting of After, a virus of unknown origin has destabilized the human endocrine system on a global scale. When puberty hits, it keeps getting worse and worse until it kills you. Whether it is too much adrenaline causing a heart attack at 23, wildly imbalanced neurological chemicals leading to suicide at 17, or growth slowly outpacing the heart's ability to pump blood by a rarely ancient 38, puberty never stops.
Taking place aboard The Everett, a post-apocalyptic salvage train, Aftershock follows the story of Aurora Marshal. Daughter of the most influential couple aboard, life affords Aurora favor and ease. Nevertheless, she strives for something more, not wanting to rest on status... she strives to be a Ranger. Yet in taking on the role of protector, she inadvertently becomes the target of monsters, stalking her both from beyond the train, and from within.