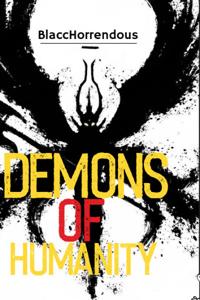 The hero or the villain? Where do one's own goals and desires lead them to end up? Behind the cover is a sequence of events that happen to intertwine with one another and often hiding their real intentions.
Demons, the incarnate of evil, that wreak havoc on humanity, Zai was a victim of that havoc, losing his family and friends as a result. Later encountering a mysterious old man who would adopt him and train him. Until he could join the Demon Forces, an anti-demon military.
The journey follows Zai's quest and discovery, to answer these questions; is he the hero or the villain?where will his desire take him? what are his real intentions?
If Destiny is set in stone, can you break it?