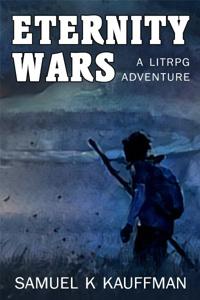 When a mysterious force sends peasant Gato, son of Alexander, back in time within his own past, he finds himself with a second chance at the life he always dreamed of. Aided by a game system overlay granting him ever-expanding powers and insights, he dives into elite society and arcane wizardry beyond his imagination.
Ultimately straddling high fantasy and military sci-fi realms, join Gato as he and his new allies delve into the most ancient and terrible powers in the universe.