My Rise To Power 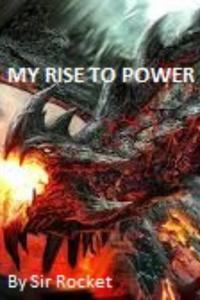 A Fantasy Novel that brings Rex Magnus’s struggle to life. After he was left by his birth parents, given to his grandmother, Iris who tries her best to shield Rex and bring him up to be the best he can be, he is constantly getting beaten down during his 17 years, soon he will be 18 and before he knows it, will unlock secrets he didn’t think could exist, he was part of a royal family of people who had mastered the skill of fusing their souls with dragons! This brings certain perks and power and he soon finds out, brings just as many negatives with it. He will meet new friends on his journey to claiming his birthright, some helpful and some with their own agendas and he hopefully can form a normal family after 18 years of separation. It isn’t long before he is challenged by creatures of shadow, beasts of legend and races of people that possess great power who want his for their own. Using his new found abilities and friends he will carve a path that will be remembered for centuries, being next in line for emperor over the land of Dracoterrum possessing the power of dragon should make it an easy task, right?