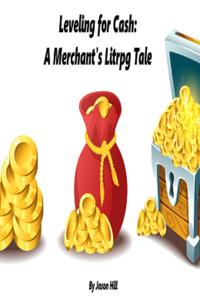 Jim Jones wants a new experience. He is tired of playing games and either saving or conquering the world. FantasLife promises something different. In this game the users can be anything they want, elves, trolls, dwarves, goblins, orcs, or even humans. Users can also take on any role they wish such as fighters, knights, mages, shamans, black smiths, tavern keepers, merchants, slavers, hermits. Or even slaves. Jim decides to give the slave class a try on a whim. Being Spartacus and leading a revolt should be awesome! Jim just needs to pick the right race to go with his class. Too bad for Jim he falls asleep while setting up his character and when he awakens, he is in another world.
Stormgion is a fantasy game world come to life. Just like FantasLife, all the classic fantasy races live on this world and there are stats and levels! It is a dream come true, except technology is nonexistent as are most of the comforts of earth. Oh, and being forced into slavery is a very real possibility for the poor and lower levels. Jim decides to become a merchant after witnessing how a merchant in a village lives in comfort and luxury.
There is just one huge problem. Merchants have next to nothing in the way of offensive and defensive skills. A merchant’s best defense is to run away and hide or hire guards. A merchant’s best offense is their charisma and bargaining power. Merchants do have a nose for money though, and a good merchant can turn one gold coin into five.
Join Jim as he levels for cash to get rich and live a life of luxury. Only the bandits, thieves, monsters, politics, and other merchants stand in his way.
I added the warnings just in case I decide to write something on the graphic side. So far, this is pretty clean.