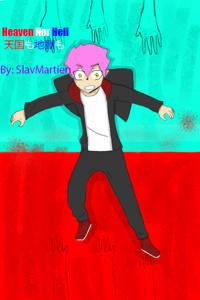 Zaki Lee, a 17-year-old senior in high school decided that he wanted to exchange to Japan for his final year in high school, after a shady deal with the school and 1 terrorist attack later, he and his entire class of people he had just met were all killed. He awoke in a void where he met a man most people know as God. God gave him three choices, Heaven, Hell, or The Sanctuary. After finding out that the Devil and God had made the Sanctuary to give people another chance at a life with immortality he decided to help rid it of as much evil as he can with the help of some of his classmates who too have found their ways of entering the world in between realms, it was neither Heaven Nor Hell, but a world of its own.