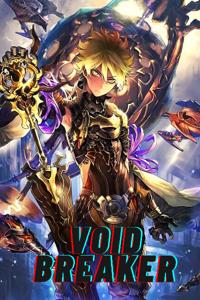 "I'm reincarnated... as a feral?"
Mythos, The greatest Mage knight, The legendary Void Breaker, was a Hero that could break any sword and any Void with his magical Breaker Sword. Leading the humans against the Ferals, a mythical race that invaded his homeland. Mythos closed seven of the eight Void Rifts that acted as portals between humans and ferals homeworlds. In the last battle to defeat the ferals he gave his life for humanity, breaking the sword into pieces to prevent it from falling into the wrong hands. However...
After passing, he wakes up in another world as the very race he had set out to defeat! As he learns about the feral world and its problems, he begins to be torn between the enemies he had been killing his whole life, and the humans who want nothing but the demise of the feral people.
Can he break the Voids between the Human and feral world? And even then, can he break the void in their ideolgical differences?