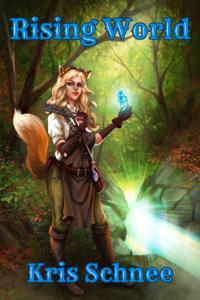 Vonn is an ambitious young inventor who, as far as his family knows, just survived a terrible accident. Really, he's been replaced by a human from our world who wants to make good use of the new life he's been given. He's an Engineer in a world where that's a character class with explicit levels and stats. This world is just discovering the power of steam and clockwork and the occasional magic dungeon crystal, so Vonn is just in time to become a famous genius.
He just needs to figure out what the gods actually want from him.
(LitRPG Isekai with light but important stats. Placeholder art; it's related but the lead is male.)