Angel of the Red Sun 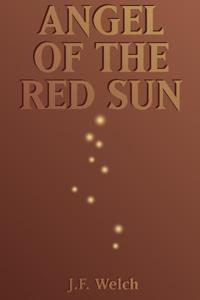 The Earth has gone dark.
On Mars, Marisa Lacerta finds her colony of LaCei to have lost all communication with its host countries. In addition to a blacklist imposed on their satellites, the colony is only months away from starvation. Now, to avoid societal collapse, she must take up the mantle of diplomat and blaze a path to the other four colonies—which when combined, have the necessary resources to sustain life. Unfortunately each colony is thousands of kilometers apart.
But starvation and panic are not the only threats looming on the horizon. A greedy corporation plots Marisa's assassination, a young man seeks salvation against her bloodline, and the political squabbles of the Old World still cling to the minds of the Martian people. What started as a diplomatic mission might just end with blood and deposition, and Marisa will be forced to understand what it means to be a leader, whether through diplomacy or bloodshed. Either way, should she fail her mission, Earth won't be the only planet to fall to darkness.