So it turns out I'm tiny in another world… 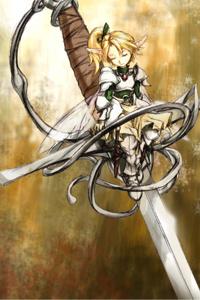 After meeting with a horrible fate on an otherwise typical Martian day, Tsukino Sachiko finds herself stranded with only a surprisingly unremarkable alien for company. Join her as she battles giant monsters, strange locals, and feelings of insignificance in the hopes she might one day return to a world that makes sense.
AN: This story is an attempt to overcome insecurity regarding the quality of my writing by practicing with intentional schlock. "Just write," as the advice goes. While it may not be masterfully plotted, the subject matter is one close to my heart and one that I endeavor to explore in a new light. After all, who ever heard of the fairy sidekick being an isekai protagonist?
Cover image © Vanish under the terms of the CC BY-ND 2.0 license.