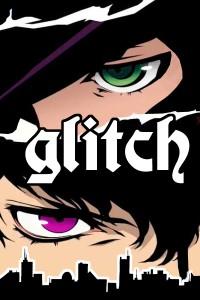 202X - The Universe is proven to be a Simulation
An outbreak of nihilism and crime follows the discovery. It is not long before institutions and criminals develop a way to cheat our false reality and achieve impossible feats. They call this new tool Glitch and its uses vary: from editing the body with superhuman capacities to manipulating the elements and the Earth. Those who yield this new power are called Glitchers, and they are held as the Greek Heroes of the new times.
Edward Williams is a naïve anime-geek teenager from Chicago who dreams of making a difference in the world. He becomes a Glitcher when Thief Queen Elizabeth Shao, a legendary Glitcher herself, suffers a betrayal by the hands of her comrades and invades the boy’s body in order to cheat Death and plot her revenge.
Together, Edward and Thief Queen will build new bonds, live many misadventures and try not kill each other in an ever more chaotic America.

This series is currently a Pilot. The continuation of this novel will depend on the interest of the RRL readers.
Cover art by the talented graphic designer ssddx.
(Back cover)