Pioneer from the Galactic Rim 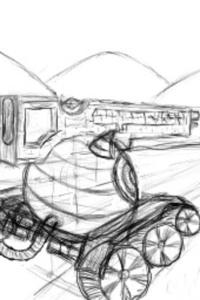 Year 202x, Earth discovered that they were not alone in the Universe.
The governments were made known that Earth, was actually located in the backwaters of the Galaxy and even further from the center of the Universe. Located far away from where many of the other lifeforms were born and interacted. In fact they were so far away that the types of energy Earth is able to utilize, is really limited compared to those from the center of the Universe. It was a wonder, that the people of Earth could even develop to what they are even now.
The following year, Earth has decided to join the galactic alliance.
A decade later, the regular people of Earth could finally start entering the Universe. Albeit in a different form, from what many may expect.
By me, Lostcattears

I hope to write something that many will enjoy, and make it worth their time reading.If possible support me on Patreon, only if you think the story is worth it. I am a new amateur author, so go into this as if one is reading a rough draft.