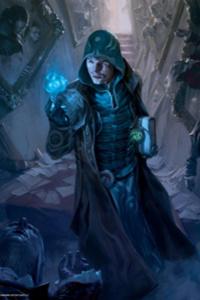 Frienia, the “guardian country” that once protected the roads to all directions of the compass continent is in chaos, the orcs have expanded the Badlands and cut of the north and west from the south and the east, Frienia has been split in two countries governed by the king on the southern part. But recently the situation has only worsened, all over the country cultists are summoning demons and other fiends and each time one such fiend appears a strange youngster is there as well.
The people tell tales of a warlock who gathers demons to overthrow frienia and the southlands, there are stories of his origins and about the Frienian general he has killed. The Wicked Warlock is a threat that seems to grow in strength with the day. Yet no one realizes that this warlock is not who they think he is.
This is the story of a warlock that carved his name in history, his adventures were recorded in the caves of lore by my patron the goddess of magic and knowledge and I have written a fiction translation of it from draconian language to English, it may take a while so updates will be slow and English is not my native language.
(I do not own this image, should someone wish for it's removal I will do so)