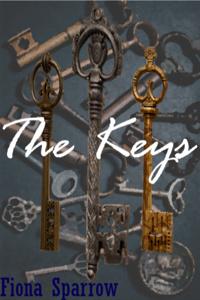 When Vitahlomae finds a magical Key, she doesn't tell anybody. But her curiosity puts her in more danger than she knows... and she's got no idea what's happening to her family.Her sister, Livaenne, had started to suspect things early on; but when she is left home alone, the enemy makes it's move. Silenced, she has no way to warn Vitahlomae... or anyone else.Her family's morale drops as their numbers slowly dwindle. They try to keep themselves together and alive...but that's impossible when their father goes mad and they become more utterly separated than before.Vitahlomae's mother had lost hope...but then a secret is uncovered, and she demands to know more. Will her curiosity get her into trouble as well?