The Bit of Human Left 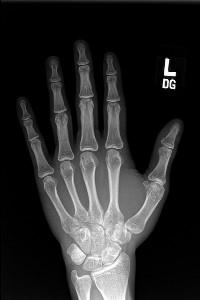 Arris Graham is a regular college student, attending a high ranking college in California. It's summer break, and Arris is returning home to visit his relatives and pay homage to his deceased parents at their graves. Little does he know, the entire world is about to change.
When Arris goes out to visit his parent's graves, he's caught in the middle of a thunderstorm. He continues on through the thunderstorm to pay his respects to his parents but is interrupted by some disturbing texts from his cousin. Arris tries to leave the graveyard, but before he can get to his car he is confronted by a screen which appears in mid-air before him, reading, "Initializing World Server start", with an ominous countdown just below those words.
Just as the server is about to initialize though, Arris is struck by an enhanced bolt of lightning, and the very flesh melted off him. When he comes to after the System has initialized, Arris finds himself in the body of a skeleton, stuck in the dungeon, with no way out for another 6 months. How will Arris navigate this new world?
Cover by David Corry