There's a Hero in the Kingdom 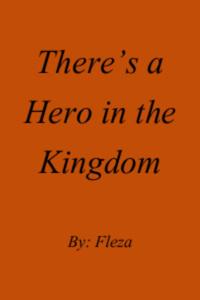 When the world has heroes that occasionally appear from another world, what impact do these heroes have? How do the people already present react? There's a Hero in the Kingdom follows the prince of the Kingdom of Sengar and his closest allies as he seeks out the newest hero that has appeared within their borders. Can he convince the hero to join in his efforts?
This is very much a work in progress with the intent that it might someday be a proper series. Constructive feedback is appreciated as I would like to turn this into a fully fleshed out story for that purpose. Thank you. -Fleza
Roughly speaking, the first dozen chapters here were originally released over on Wattpad, but are being transitioned over here to RoyalRoad. These early chapter releases will be much more frequent than usual. A new chapter will be released every Friday. -Fleza