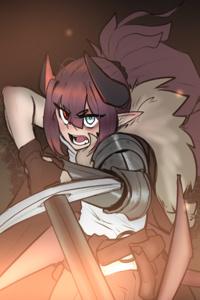 Aidan was bringing his military career to a close, after a little over six years of fighting on an earth now littered with dimensional tears. Leaving one of the human resources buildings after completing the final details on his pension paperwork, he finds himself being cut short as he suddenly blacks out while driving out of the parking lot. The next moment, Aidan awoke in a clearing with no idea where he was, or who he now was.
The Planned Release schedule is M/F
At CH9 the story shifts perspective from multiple first-person perspectives to only the mc first person and third person for the rest. Eventually, those chapters will be reworked.