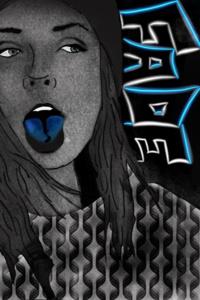 The story follows the life of John Grimshaw and his decade-long series of tragedies. Following his wife’s death from cancer, John floats across an ocean of grief seeking refuge wherever it might present itself. With his only remaining daughter requiring psychiatric help, John seeks the aid of Clinical Psychologist Sophia Sternal, in a last-ditch effort to re-build a bridge previously burned between him and his daughter.
Along the way, he also meets a young girl named Jennifer, who becomes a lifebuoy for John during his struggle in turbulent times. But nothing can prepare him for when he meets the man wearing the bowler hat. The man claiming to do the impossible. The man claiming, he can commune with the dead.
(ADDITIONAL DISCLAIMER)
This story starts off relatively dark. Those who dislike subject material surrounding loss, depression, grief, should probably not read. With that said, the story evolves into a supernatural thriller past the initial chapters. It’s a comparably low fantasy for a website like this but hope some of you enjoy it.