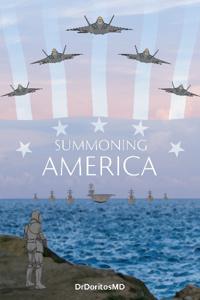 Entirely cut off from Earth, the United States finds itself in a scientific impossibility: the entire country, including the continental landmass and separated states and territories, was transported to another world. Unlike Earth, this new planet boasts phenomena unknown to science. Magic reigns supreme in this new region of the universe, bolstered by the natives' own scientific progression. Monsters roam wastelands and dungeons, subsisting off unfortunate travelers, local fauna, and sometimes even entire towns!
Ambassador Samuel Anders is tasked with contacting the various nations and entities of this new world. Despite his best attempts at diplomacy, the arrogance and hostility of the natives prove to be an unnavigable barrier. War is the only alternative. Eventually, fears surface regarding an ancient evil: the Ravernal Empire. How will the United States handle the threats of this new neighborhood? What magical wonders will its adventurous citizens find?
This Summoning Japan inspired work will follow the United States as it is summoned to a New World. From the author of Manifest Fantasy, this story will feature a similarly well-written plot, complemented by quality grammar and sentence structure.