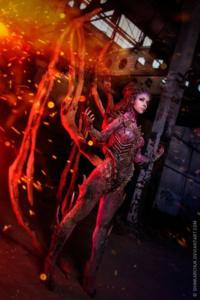 The Zanith revolve around their Queens.
Without a Queen, time stops for the Zanith no evolution, no birth, no power. Killing a Zanith Queen is harder than killing a thousand dragons.
It is their Swarm that strikes fear onto the universe, with its endless soldiers and ceaseless attacks.
Zanith is a race, one of the countless others.
It is one of the 36 races with a planet to itself.
Hosting a population of 4 billion.
But this great race stumbles, The queen ages and dies, and the egg never hatches.
Until this fated day.--------------------------------------------------{inspired by starcraft 2} {inspired by alien series} {inspired by half-life(a little)} {inspired by my imagination} {inspired by all the swarm/alien novels I've ever read}.
[My passion for writing and loving alien so much is...war, not war as in war. but an endless alien army eating up everything it sees not caring about its troops, knowing more can be made.]