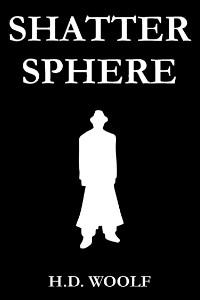 A near death experience changes Matt's life forever when he discovers he has the ability to shatter objects with the emotions it brought on. However, in the city of Tandayum, these ‘Breakers’ belong to the Terriam organization, a military company that controls the breeding program with the goal of enhancing their strength for political dominance.
Witnessing first-hand how the company corrupts the lives of his friends and parents, Matt resolves to use his ability to work for Terriam, but as a double agent for The Underground, a liberation group where many Breakers have fled. His loyalty to their cause wavers when his relationship with a girl linked to the company becomes a game of cat and mouse.
Can Matt keep his double-cross a secret from her and fight the Terriam Organization at the same time?