The Legion of Nothing 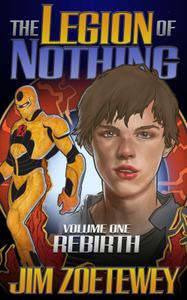 Nick Klein never intended to be a superhero.

But, with the death of his grandfather, an active superhero during World War 2 through the early 1980’s, everything changed. Nick inherited his grandfather’s powered armor, his grandfather’s team’s command center, and found that his friends (the grandchildren of other team members) were very much interested in bringing back the Grand Lake Heroes League.

Nick had to make a choice. Go along with everyone else or avoid it? If he did go along with it, and restart the League, would any of the old League’s unfinished business come back to haunt them?