Rose of Thorns and Blood 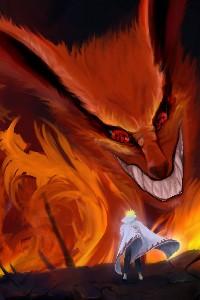 I do not own
A SI/oc reicarnated as a female naruto in the narutoverse
"My name was Sarah, i was a human experiment during the second world war i was barely 5 years old, back then a group of russian scientist discovered a withered fruit that fell on earth together with a meteorite, they didnt know where it came from, butit didnt matter much in the end, what it mattered was that the fruit had incredible amount of energy, they made me eat it, with eating it came untolds amount of power, power that made me immortal, i developed a second persona, while i have warm and kind, personality, the second is cold, ruthless, efficient and i can even switch between them in a blink." a woman in what looked like she was barely twenty in age, with white hair royal purple eyes and with a well endowed body said.
"well you are dead now so i guess your immortality was flawed, even if you had a body that far surpassed the common human and did not catch any disease you will be hard pressed to survive a nuclear warhead huh, hmm i think you will fit in the world of naruto pretty well, you already consumed the phoenix aspect chackra fruit even though it was stripped of most of its power during the dimensional travel hahaha" an androgenous voice said.
the man before my eyes was pretty effeminate with sholder length blonde hair and green eyes he is like those bishounen you see in anime and manga, ehehe what can i say i never liked those shows and movies from the west and i had to get a hobby, what it's not like i am embarrased of being an immortal otaku, well i am dead now, damn those north koreans.
"wait did you say naruto? is this reicarnation?"
Mary Sue maybe