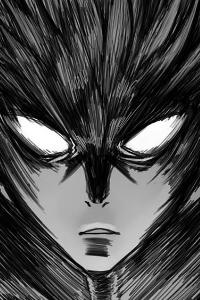 Somewhere on the remains of earth stood a man. He stood in the field of debris and corpses. The sky was red from the flames and clouds were stretching as far as eye could see.
This world of kinetics was destroyed by a single man. Driven by his wrath, searching for vengeance and killing every human being on his path.
He was kneeling. Kneeling because he was dying. He knew that his journey would end with death of everyone, including himself.
But he did not feel anger and sadness. He felt delighted. He was smiling. This was not a smile of madness. He was smiling because he finally rid the world of a disease called humanity and now could finally relax. None shall be betrayed anymore, none shall be abused and none shall suffer from others. He made the world as peaceful as he could and now he would die.