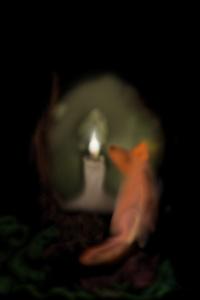 Zaily, a Chailo-Lexian hybrid. She was born to be a slave. She gets free from the trance Zaily was put under. Now all Zaily wants is to live her life free and have fun. who builds these inventions out other gut feeling that they will work..that is crazy and forbidden shouldn't possibly work... but she wants to make the worst thing ever the time machine that is Time travel Regulation Government doesn't allow to happed ever since

Time travel was magically invented before the war. spread only as a rumor about the inventor going back to the past with the time machine wanting to make some money from an obsolete invention in their time. it was said that once people got a whole of the blueprints, time and The Drifter Era, war began. {aka known as the time travel war.}

Book 1 The Drifter Era will leaded you around on a journey fallowing Zaily and her other persona once named Zim, who lives with inside her mind... as they travel through time going back to the days of The Drifter Era.

As Zaily only cares about have fun in her sick ways of pleasure, making sport and game out of it all

While the once called Zim see life as meaningless and hates everything about Zaily, but not being able to do anything since they both share the same body... the two of them argue through their journey as they try their best to get along with each other.

Sorry for changing the Sympose this was the true synopsis the whole time... I just didn't know how to word it...