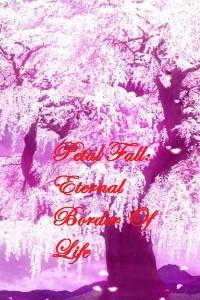 An Otaku and a jack of all trades jobsman name Jake Smith, was rebirth after his death into a martial world as a girl name Yinhua, even in difficulties in acceptance in her fate, Yinhua strive to live by her past knowledge, cunning observation and clever thinking, as she become an enigma genius that become a dazzling comet that reach the stars and heavens, and stood at pinnacle of cultivation of power. As she travels and gain the vast knowledge in becoming a supreme expert and a guardian of the Great Dragon Dao Library, sooner she and her allies confront the greatest enemy known as the Great Conqueror and his supreme army to stop the Eternal Border of Life that gives him to control life, realms, time and space, and prevent the entire living annihilation, but the cost is great to bear for her after she kills the Great Conqueror, and destroy the binding chains of Eternal Border of Life that results to sacrificing her cultivation level and life to prevent the destruction of space and time. After the strange phenomena that succumbs her entirity, she lost her consciousness and later regain her sense, she then found out that she is floating in the sky and using her perception, she then discover that she is in another world, remain calm and clear, she will find out about this new world and new adventures begins.