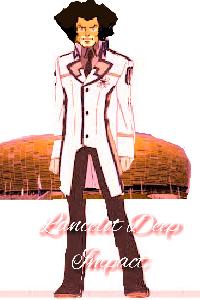 Lancelot
Chapter Prologue
Dungeon the product of Fantasy Novel where magic and monsters live, became life Fue tecnology in 22th century.
By the end of the 21st century the land was polluted and overcrowded. So the world has become a huge favela and where the world is controlled the military police of each country.
Due to the drastic global climate cooling that began in the year 2075, food supplies were decreased energy sources were frequently disputed.
Approximately in the year 2090 the third world war was released with a duration of 20 years with which the population fell 3 billion inhabitants.
The fact that the war was not convert in a thermonuclear war, was due to the appearance of foreign objects the size of football stadiums, in different parallels of the world, with the following label:
"If you're looking for a destination where you can get resources, riches and have the adventure of a lifetime, this is the perfect place for you Lancelot Dungeon."
People stopped fighting each other, with this the adventurers were born, the new adventure form human race begin.