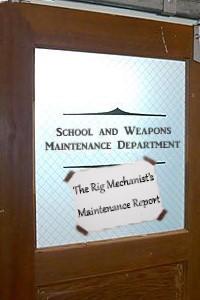 Years had passed since the creation of a new type of weapon, one that outclassed anything else. But the creator put limits on the technology, preventing it from being used in aggressive combat. With the powerful humanoid weapons, rigs, there to stop battles from breaking out, new ways of taking land had to be developed. That lead to the sport of rig combat; powerful weapons pitted against each other with countries betting land and resources on the outcome.
But it wasn't just the machines and pilots that competed; the workers that ensured the rigs were able to fight had battles of there own. A mechanist's fight begins before the first shot is fired and their minds are their best weapons.