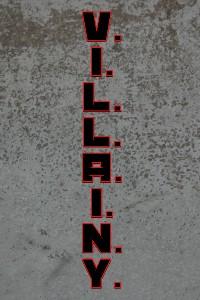 Superhero-obsessed teenager Terry Friedle has just learned a few things. One, his first name's actually Miguel. Second, his last name's actually Brainius, and he's the son of an evil genius supervillain who disappeared a few years ago.
Yeah, it's pretty heavy stuff.
After being abducted on New Year's Eve, Terry was brought to a secret academy hidden away in a pocket dimension. Both the academy and dimension were created by his father, but are now being run by his uncle Ambrose... who might just have a few screws loose. Called V.I.L.L.A.I.N.Y. - don't bother asking what it stands for - the school is designed to groom young metahumans into devious, powerful supervillains. From the looks of it, Terry's just become the new kid.
Can Terry discover his latent powers? Can he get good grades? Does supervillain highschool suck as much as regular highschool? There's only one way to find out!