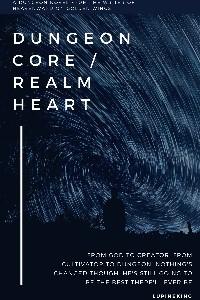 Dao Lord Brandr has cheated death many times over the millennia, enough to know that this time he should have died. There was just no surviving what had happened to him.
Fortunately or unfortunately, he did not. Well... that depends on what you call surviving really. His body is gone and so is pretty much all of his mighty cultivation base. To add to this, he has suffered severe damage to his soul and as if that wasn't bad enough he's lost, far away from any world he knows and maybe even his universe.
Now, he's just learned from a being called a sprite that he's some sort of sentient mystic realm called a dungeon and that just for the crime of existing, there would be legions of enemies planning to pillage and destroy him.
It's okay though. Apparently, he can make legions of his own. Seeing what he has to work with, Brandr decides that perhaps, all is not lost after all...