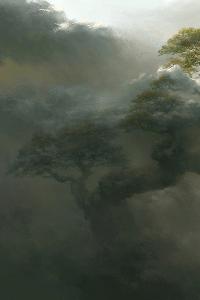 During the third millennia, people have evolved to be able to choose which genetic properties they want to pass onto their children, including this ability. These people were called mages and after several centuries of selective breeding, mankind was almost completely run by mages and also gained some abilities that people of the past would have called magic but it's just advanced science. However, some people refused to have relationships with the mages and so their descendants will never become mages.

The main story of Magikind is a sci-fi/fantasy set in the late fifth millennia when the world is in a three-way war between the continents called Eurasia (EA), Afro-Australian Alliance (AAA) and The Americas (TA). It revolves around a man called Gin, who is a manush (someone born not a mage), and who tries to draft into the Eurasian Army. From there begins a new era for Magikind.