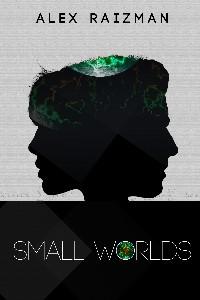 For Ryan's entire life, he's been followed by a man in a suit that no one else could see. Then Ryan found a black stone - a nanoverse - that gives him strange powers and a job.
He has to end the world.
From there, Ryan is plunged into a world of intrigue and action among gods that want to either help him or stop him from bringing about the apocalypse, all while trying to figure out if it's possible to nicely end the world.