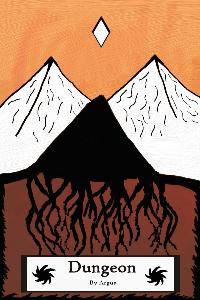 In the year of our lord ten-ninety-five it began; a holy war. One that would last, for three-hundred years. The forces of western world bearing down upon the holy land. For power, and status and glory; all men came seeking something, drawn to this new land and its new wonders to brave the horrors that waited within. Monsters, goblins, trolls, dragons, beasts the likes of which had long been slain in the 'civil' lands. And worst of all the place, a place of nightmare, that could drive men mad, that any soldier, no matter his mettle, fears; the gates to hell; The Dungeons.

And amid this war, hidden in the storm and the slaughter, a man appears. A desserter, a bare faced recruit, a fool beyond measure. One who world change the face of the world.

And truly define; The Dungeon