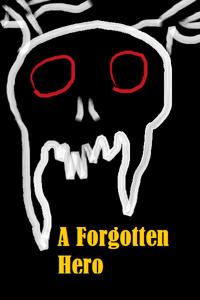 (author: This is gonna be a long synopsis I apologise. This should be a prolouge but as you will see I have a seperate prolouge, please forgive me. This fiction as a warning beforehand is as basic as it comes, prettymuch following all story conventions of both the mecha and school life genres. I am mostly writing this to figure out my writing style before I begin something truly creative and uique. I dont wanna ruin something I worked hard on by being illiterate. Also illustrations are at a minimum because all I have access to is MS paint.)
In the year 2028 humanity (accidentally) created the means to travel great distances through space in a short period of time. This has led humanity down the road of great technological advancement and also led to the spread of humanity across their home system and just begiining first steps upon other solar systems planets.\
In the year 2033 the human colonies in space broke from the chains of their old countries creating hyper advanced societies disregarding nationality and any other defining factor. Two space societies formed the Solar Empire a monarchic society with its capitol on the moon Titan which controeld the entire human home system aside from Earth which still remained divided into seperate contries. The other was the Extra-solar Leauge. A mysterious society outside of easy contact range with any other humans besides themselves.
To help with construction and other work outside of sealed and breatheable atmospheres of their cities and ships the Solar Empire and Extra-Solar Leauge created what became known as Advanced Movement Shells(AMS). These machines are best described as huge exoskeletons or "mechs", and they aided greatly in getting things done by increasing strength, durability, and the amount of tools able to be used. They also aided in quelling rebellions among extremist groups forming in these new societies.
Finally in the year 2050 the Solar Empire having divinated their emperor, and now beliving themselves to be their religions chosen people, the Solar Empire declared a holy war of conquest against all the nations of Earth in order to conquer it under the idea that all humanity was required to bend to their divine emperors rule.
The first month of the war whent badly for earth as the divided nations fell one by one due to the Empires superior weaponry among other technologies which made their forces nearly invincible. The AMS were used to great effect due to their almost "magical" level of technological advancement. Some nations able to put up some kind of defense created their own versions of these technological terrors.
From there the war became a brutal stalemate and suddenly was won by the forces of earth. Why this is still hasn't come to the light of the common man, but one thing is for certain it took a heroic effort from one, or many people to win it for humanity...