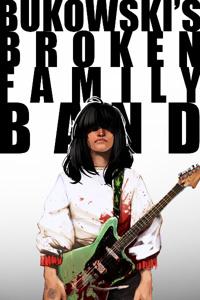 Paranormal horror-comedy with heart.
Manic rock musician Jaymie Brzezinski claims to have been born at the moment of Charles Bukowski's death. Now the mad poet-incarnate fronts a band made up of his panic-prone twin, wise-beyond-their-years non-binary younger sibling, and a formidable but mostly stoned guitar goddess. When a murder at a house concert sets in motion a series of strange and inexplicable events, the Bukowski Brothers find that they have more to worry about than just getting through the set list.
Like the X-Files meets Scott Pilgrim in the Scooby Squad's van. Updates on Mondays and Fridays.
Note: Contains some foul language and reflects some poor lifestyle choices.