I Refuse To be A Character In A Novel 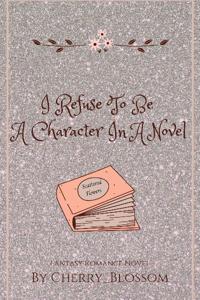 “What are you doing ?”
“Getting along with my wife.”
“Mother, will you stay with me again today ?”
“Sister, will you be visiting more often ?”
I returned to my body that I had originally lived in until the age of 16, only to find out that I’m married and had a son?!
✰✰✰
I swapped bodies with someone from another world for the past 8 years. What's more is that I came to realize that my original world was that of a novel, and I was a side character.
The second male lead’s mother.
Jonas Argentine,
⌜Commander of the Kerdian knights , and the sole heir to the dukedom of Argentine .⌟
He was the second male lead in a stereotypical romance novel destined to fall in love with the female protagonist.
And I had to die in order for the story to begin.
I refuse to be a character in a novel .
This is my life and I will write the plot.