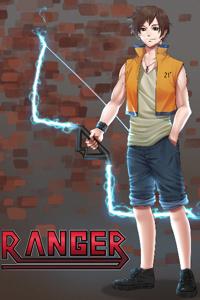 On the day of his 18th birthday, Ohta Taro experiences an alteration within his body. He acquires the ability to perceive Demons, violent creatures invading earth from the demon realm. During his first, sudden encounter with a demon, Taro’s body is paralyzed from shock and fear. Just when Taro is about to get attacked by the demon, an armored knight equipped in godlike armor appears. He eliminates the demon with a single slash from his swordlike weapon and introduces himself as the "Warden". The pent-up shock in Taro's body overwhelms him and leaves him unconscious before he can grasp the reality of his situation. A new world is awaiting Taro upon his awakening.