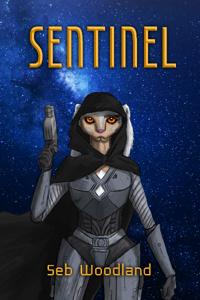 A ticking timer is broadcast to every monitor in the galaxy- when it runs out, the mysterious alien Duhrnan promises to disintegrate Earth. It wouldn’t be the first planet he’s vapourized.
Osax, prince of the alien Skythers, will stop him, or die trying.
It won't be easy; Osax's companions are as much of a hindrance as they are a help. A carefree woman engineered for destruction, a special ops commander from Earth's own forces, and a cold scientist whose motives are questionable- the four of them are alone against an unstoppable alien battleship, a sinister brotherhood of terrorists, and a devious web of conspiracy and betrayal.