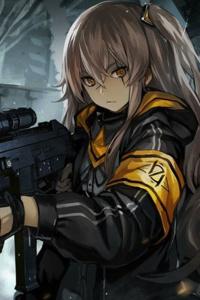 The year is 2083 and the world is at war. In Japan, the government has authorised Project SOLDIER, a nation-wide initiative to train genetically enhanced supersoldiers in military schools set up all across the country.
Jun Machi, a sixteen-year-old SOLDIER from Osaka, transfers to the infamous Takai Military Senior High School in Tokyo, the nation's top military school, to uncover the truth behind his sister's death at the school.