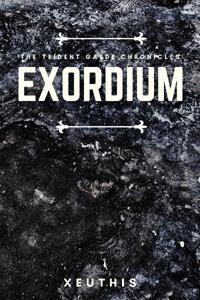 Britain is at war, not just with Napoleon’s army across the sea, but with dangers from within. The Trident Garde vanquish the monsters and the evil that threaten the peace of the country, that threaten to shatter peoples’ reality.
Now, in the village of Clovesbury, a new enemy has risen and threatens all of the empire.. All of the world. It is nameless, faceless, and endless.