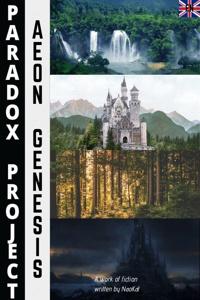 ‘A human or not; a king or a servant; hope or despair; a hero or a villain.’
Depending on one's perspective and how each story portrays, one will view an individual or a group as evil or virtuous. Because of that, it depends on the reader and listener to believe which one is the truth.
More people read and trust multiple (trusted?) sources that either complement or contradict one another. The contradiction becomes the source of debates between those who believe and those who don’t.
From that difference in belief, two groups appear: The Majority and The Minority. The majority, having more people, suppress the minorities’ beliefs, claiming theirs, the majorities’, to be the truth.
However, the majority are not only composed solely of those who share the same belief but also those who know the truth but afraid to admit it. They have to keep quiet and turn a blind eye for their safety.
The majority had to submit to those with power and authority. With the majority under control, those with power and authority can create, manipulate, and/or fabricate truth and lies by force. The reason was for one’s or group’s personal benefits.
In the end, there is no such thing as ‘absolute truth’; only sugar-coated lies created by the top. Don’t believe me? It is up to you to decide. Go and read it yourself.